If You Give a Boy a Video Game: Learning to Spell 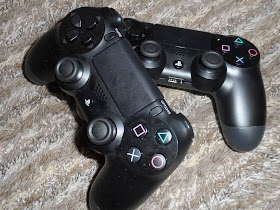 I don't consider spelling to be a "subject" so much.  At least not all sad and lonely, isolated by its poor little self.

Instead I consider learning to spell to be a naturally integrated part of reading and writing.  As children grow in their skills as young readers and writers, their spelling skills grow as well.  Now, this process may take more time and may not be nearly as flashy looking as it is for those kids using a formal program - consistently over many years from a very young age - but it is far more organic.  There is connection and meaning and purpose in natural learning that is often lacking in other approaches.  And I've got to tell you, it is a glorious thing to witness.

Over the years my children have done lapbooks and notebooks, kept journals (personal and shared), done freewriting, copywork from favorite books, letters, notes, cards, emails, and lots of messaging with friends and family.  At a couple different points in time, my two older girls (now 15 and 13) have requested spelling programs and for a short season or two have somewhat consistently worked their way through them.  But honestly, that's not when they feel that they've experienced the most growth.   Real, purposeful writing driven by interest, purpose and need, combined with an abundance of time has generally been just right.

They read. They write. They ask questions. I answer. They grow.

My youngest (9) has at various times also enjoyed making lapbooks, keeping a journal and writing notes and cards to friends and family.  Sometimes.  Not a lot though. 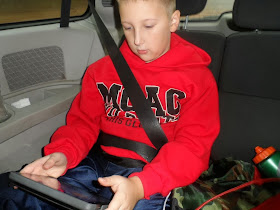 He is just now this year making huge leaps and bounds in becoming a fluent reader, and in this process has been noticing many patterns and spelling quirks in various words that he comes across.  But writing in general and learning to spell things on his own has not been a big focus for him.

Until about a month ago...

If you give a boy a video game, he'll build towns, and cities and entire worlds.  He'll make houses, castles, gardens, lava pits, barns and beautiful sky walks made entirely from glass.

And as he's building, he'll want to make signs to label everything, everywhere.

So he'll ask questions - lots of questions. All.The.Time. And then he'll label everything, everywhere.

If you give a boy a video game, he'll want to look up and watch some videos on how others build things, beat certain levels, make it past checkpoints, create portals.  And when he finds some he thinks are awesome, he'll want to comment and tell the other kid just how great their video was, how much it helped him.

If you give a boy a video game, he'll soon find that there are like minded friends to play online with.  And he'll want to to know how to message them. 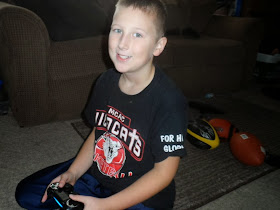 I find scraps of paper everywhere with names and lists and ideas written on them. The two of us make up lists of words he uses and doesn't want to have to keep asking me for help on. We talk about patterns and the quirky way things are sometimes spelled. He wonders about "silent" letters and certain combinations and questions who came up with all this spelling stuff - who decided how everything should be spelled. We talk and we look things up and sometimes we just shake our heads in amusement at how some things just don't make sense. He continues to ask question after question after question.

And I see growth.

If you give a boy a video game, he'll play, create, conquer, discover, and make some new friends.

And chances are, if you give a boy a video game...somewhere along the way, he'll learn how to spell.